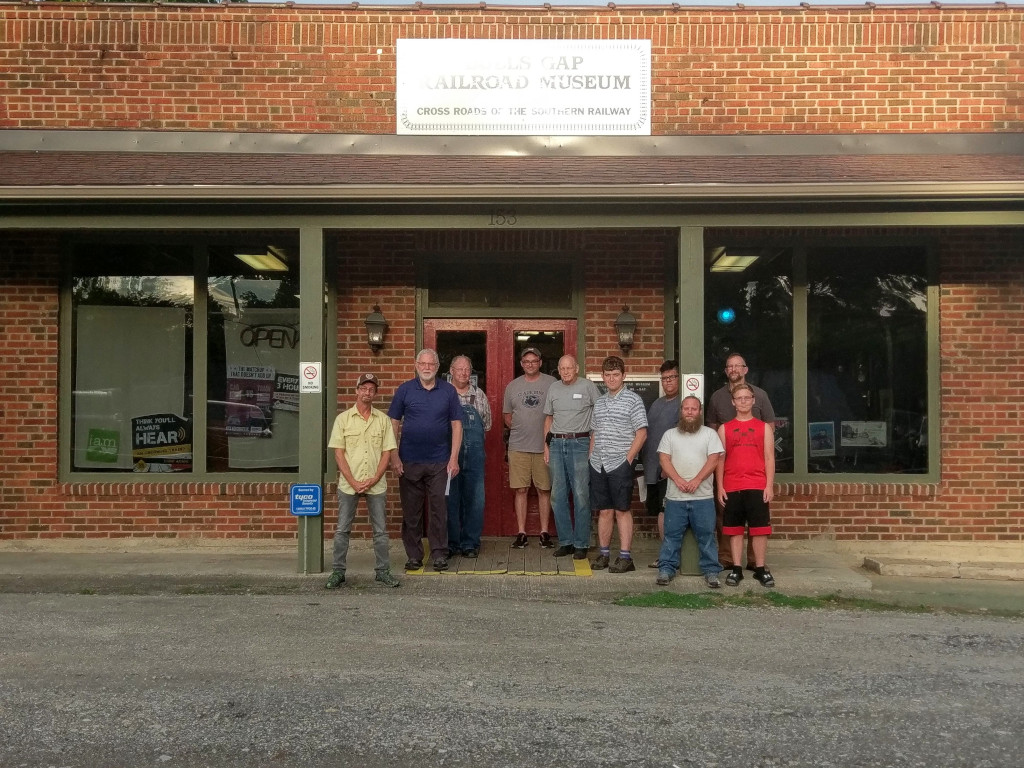 The Bulls Gap Railroad Museum Association (BGRM) is a nonprofit organization whose primary mission is the preserve railroad history for future generations. But this association is more than just a building, more than just a group of people with a common interest in trains. They are a completely volunteer organization that supports the local community in many ways. The BGRM manages the railroad museum, educates and preserves the rich history of the railroad in Bulls Gap, hosts open bluegrass music nights, and provides housing at Gilley's Annex Apartments. It was Gilley's Annex Apartments that started the fifteen year partnership between BGRM and Clinch-Powell. Gilley's Annex was built in the 1920's as a dormitory for the railroad workers. Years later, the building changed hands, and eventually was left to the Railroad Museum association from an estate. When the town of Bulls Gap received a HOME grant to renovate the building into 8 apartments for low-income households with a disability, Clinch-Powell came on as a developer for the project, overseeing the renovation. After Gilley's Annex officially opened in 2005, Clinch-Powell was contracted to manage the apartment building and helped Gilley's Annex apartments become subsidized with placed-based rental assistance through Kingsport Housing and Redevelopment Authority. Clinch-Powell’s Executive Director, Lindy Turner, “From the beginning in 2005, it has been a unique and rewarding relationship with the Bulls Gap Railroad Museum group. It has been our pleasure to work with this dedicated group of volunteers over the years to turn an abandoned building into apartments for people with special needs and to manage those units for our friends in Bulls Gap.” Since Gilley’s Annex opened, over 29 households have lived in Gilley's Annex apartments. Clinch-Powell helped BGRM apply for its 501(c)(3) status and continues to provide on-going support to the organization.