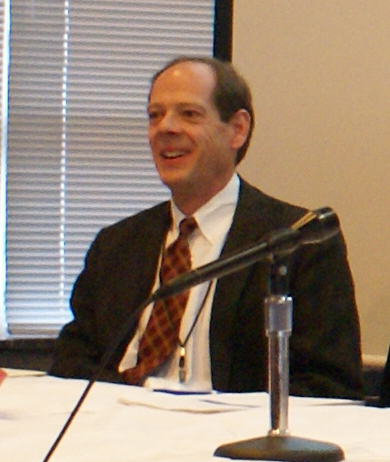 Bill Kittrell is one of our earliest partners. He headed the Clinch Valley office for The Nature Conservancy (TNC) from 1991 until 2003. The Nature Conservancy in an environmental non-profit organization founded in 1951 with the goal of creating a world where people and nature can thrive together. Today they are a global organizatuion working in 70 countires.

Bill came from the office in Abbington, Virginia but TNC, recognizing the global importance of the biodiversity found in the Clinch and Powell Rivers wanted to focus more on the counties surrounding those rivers. Bill lead this effort and felt that he needed to partner with a local agency who already served the area in order to connect with the local people in the area. Clinch-Powell was already doing conservation work in the area and was the perfect choice. A memorandum of understanding was signed in 1993 and this gave birth to the Clinch and Powell Watershed Alliance and established a joint employee postion. The purpose of the alliance, which is still going strong, is to provide financial assistance to farmers who wish to make improvements that will protect the waters of the Clinch and Powell river systems.

This is important work because of the signifigance of the ecological impact that the Clinch and Powell rivers have on a local and global level. Bill explains it this way: “The Clinch and Powell river system is like the Amazon River on a smaller scale.” These rivers are home to several unique species of fish and freshwater mussels that do not exist anywhere else. These species are critical to the health of the river and the river is then critical to the health of ecological systems that surround it.

Bill says that the ability to combine the strength of the connections that Clinch-Powell already had with local farmers with the resources that TNC had on national level was the reason that this allliance was and still is successful. “This partnership has created a program that allows farmers to be good stewards of their farms and also protect the Clinch and Powell Rivers”, he says.

Bill currently works out of TNC office in Charlotteville, Virginia. Ronald Lambert has been the joint employee for Clinch-Powell and TNC since 1996. If you would like to participate in the program or have questions he can be reached at 423-300-8855 or rlambert@tnc.org.